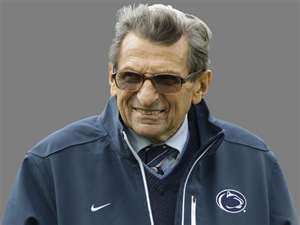 Posted by Dan From the Tailgate at 8:13 AM No comments: Links to this post 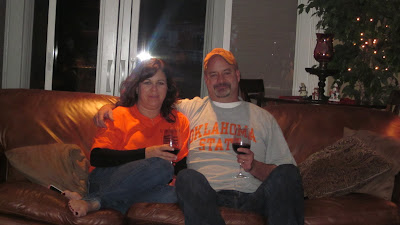 Baylor - Washington game – I predicted there would be defensive coordinators looking for a job very shortly after a bowl record on total yards was achieved and second the second most combined points allowed. Once again, Nostrildanus was somewhat correct as Coach Holt from Washington was given the boot in Puget Sound. Notre Dame – Florida State game – Just a bad performance by the Irish and the inept Tommy Reese. We hope the Irish locate a new QB for next season.

On January 2nd live from Tailgate HQ - Rose Bowl – Was there any defense? Tailgate Tom was in attendance for the second year in a row only to see his mighty Badgers get quacked in the face again. Do these Badgers care? The Honey Badger wouldn’t care. Tom was so mad he has left the State of California for good in search of greener pastures in Iowa? Houston and Keenum make their Case against State Penn. Hopefully Perv Slimedusky does not have TV in his prison cell and did not get to see the beat down. Who cared about the mediocrity Bowl, AKA the Gator Bowl with two teams with 6-6 records? Perhaps Urban Meyer had a rooting interest…or two. Michigan State proved to be the New Year’s day hero for the Big 10 garnering their only victory… wow hopefully Urban and Brady shake things up again and restore things to the natural order of the CFB world again. Donald Rumsfeld & Leon Panetta would have thrown the yellow flag for the lack of defense in the Fiesta and Orange Bowls as well. Maybe congress cut each team’s defense spending prior to the games? When Stanford’s kicker pulled a “Brotzman” three times to allow OK State to secure the victory, we did the Two Step and Cotton Eyed Joe all around the Tailgate HQ. Mrs. Tailgate broke out the mason jars of moonshine and insisted on reveling into the wee hours of the morning! I guess Andrew ran out of luck against the Cow Pokes! Dabo was for once speechless after being climbed all over by a fired up Mountaineer squad in the Orange Bowl. Wow the Orange was squeezed right out of the Tiger’s jerseys. The Tailgate boycotted the Shamgar Bowl so we will not report on it and you should not care either.

In the only game that mattered according to the BCS Mafia…Field goals ruled supreme as Alabama’s defense put the cage around the Tigers and rendered their offense useless. Jordan “movin on up” Jefferson managed to cross the 50 yard line one time all night for the Bayou Bengals doing his best Jamarcus Russell impersonation. Perhaps he “got his drank on” the night before on Bourbon street? Hey Les…Yo Mad hatter…I am talking to you! How did the grass taste in the dome? Not good, “cuz it aint real" just like your offense! And Honey Badger, I knew you didn’t care, but were you hanging with Jamarcuz the night before too? I mean a real Honey badger would have played with reckless abandon like your name sake here:

The Army Navy special on Showtime “Game of Honor” follows the two teams during the 2011 season. It is an insight into academy life for football players. You will have more respect for these outstanding young men. I highly recommend you watch it if you truly love college football.

Next year’s tentative schedule for the Tailgate (does not include impromptu stops):

Labor Day Weekend – Either Boise at Michigan State or Notre Dame at Navy in Dublin, Ireland.

Heroes & Villains of the year at the Tailgate

Stankey from the SEC

D-1 Stadiums that don’t matter (Because they are pro stadiums, domes or nowhere near campus)

Gripe of the week – The season is over and I have nothing to do for the next 8 months! This is the last blog write up of the year. I want to thank you all for your loyal following of this blog. We had a big increase in page views this year over last year. Keep spreading the word.

Have a great off season and I will talk to you all again in August!

Posted by Dan From the Tailgate at 9:44 AM No comments: Links to this post