It's Over When it's Over - Season recap

Congratulations to The Ohio State and North Dakota State for winning their respective National Championships. I think it is safe to say that the playoff format was mostly a success. Just think, Ohio State and Oregon would not have even been in the BCS Championship game under the old format. My solution to improve upon this good start is an eight team playoff format. Here is how it would work: The Champions from each of the Power Five Conferences get an automatic bid. The highest ranked non Power Five team that won its Conference Championship gets an invite. The two highest ranked non-conference champions get a ticket to the ball too. I think all the BS-BCS arguments about loss of revenue were about as compelling as Government run Health Care. The National Championship game alone was the highest rated College football game ever. Just think, if we had a quarterfinal round during the Christmas Holiday, then Santa would have answered my wishes. As far as the Division 1 AA Championship, North Dakota State won an unprecedented fourth straight title. This was through a true playoff system year after year. Something the big boys should take note of.
Tailgate wrap up: 2014 by all accounts was a quality rich journey for the Tailgate. We began the tradition of mailing one of the DFT banners to members of the DFT Nation attending venues where ESPN College Gameday was broadcasting. Additionally, the other banner made an appearance at most of the Tailgates I attended. We will do this again next year.  There were seven road weekends in particular that allowed me to soak in the full atmosphere along with a few suds of each host school. In all, I attended a modest 14 games, including 7 new Division 1 and 1 Division III stadiums. Along the road we rented cabins, stayed in stranger’s homes, hotels and friends’ cribs. Sampled many new foods, libations and traditions. Made multiple new friends which is what makes this obsession of mine so damn cool. Here is a recap:


4.       Washington State at Stanford – Coug gating with The Heins Family and friends


8.       Alabama at Tennessee – Tennessee Tony’s Cabin in the Smokey Mountains along with Maryland Mike McCabe, Alabama Al and the Hockaday tailgate party.


11.   Randolph Macon at Hampden Sydney - Cabin in the woods with the Kernan/Warner family.


13.   Oregon vs Arizona (PAC 12 Championship) – The Dons of Danville and newcomer Kevin Duncan.


This was nowhere near my record of 20 games in 2013 but was rich with the quality of experience across the Board.

Bieber Champion 2014 - Hard to top Famous Jameis who has been a constant source of entertainment for the Tailgate. Jameis, we are gonna miss you buddy. I predict in five years’ time, you will be hanging out with Jamarcus Russell getting your purple drank on. 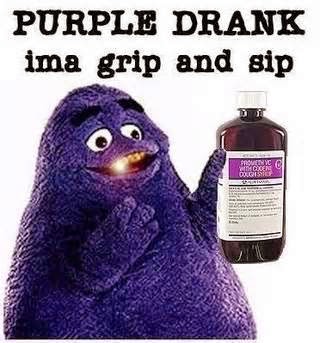 And so my narcissistic, self-promoting 2014 journey has come to an end. Eric Church sums up best in this short video: