In the off season of the explosion of the “Transfer Portal” phenomena, we have finally entered the month when the real games begin again. Veteran QBs will be suiting up for new teams all over the country. I am okay with the rule for grad transfers, but not for underclassman being able to transfer and play right away at the FBS level. I think it plays to the snowflake mentality of “oooooo I can’t start here, so I am going to quit and try somewhere else and find a safe space and get a participation trophy.” Oh well enough griping and on to more important topics like the upcoming season, off season Bieber and Ginger awardees, and the DFT 2019 Schedule.

I have been very busy working with the team at my venture Tailgate Connect® in the off season. We have taken the company to a whole new level since the end of last season. In addition to adding to our college markets, we have added 6 NFL markets and are working on a seventh. Please remember to check our website before you go to a game to see if we have a Tailgate to accommodate you!
www.tailgateconnect.com

I have been given the moniker of a college football polygamist since I have multiple teams I root for: Born a Notre Dame fan, adopted Oklahoma in the 80s when I lived there and reinvigorated my passion for them when #2 matriculated through their hallowed halls, became a Boise fan when #1 went there during the Kellen Moore era, Army since that is my branch, and of course my Alma Mater, the now Division 2 mighty Bobcats of Frostburg State.

Here is this season’s ambitious schedule along with 7-10 Monte Vista high school games. 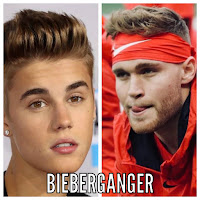 The off season gives us much in the form of Bieberiety and that makes it hard for the Bieber committee to select just one awardee. Nonetheless the beat goes on and this off season we must focus on the mythical transfer portal for underclassman that allows them to play right away. In the past, when an underclassman transferred to another D1 A school, it was mandatory to sit out that next season. With the transfer portal (Beam Me Up Scotty), we have now created in essence college football free agency. Moreover, we have encouraged the participation trophy generation to pack up their toys and go elsewhere if they are not getting their way. The message that is being conveyed is, “it’s okay to quit and give up” with no repercussions. You get to go and play right away wherever you want. Just remember, Tom Brady was a backup at Michigan for a chunk of his career. How did that work out for him? Just this week, everyone’s favorite spoiled brat Tate Martell who ran away from Ohio State at the smell of competition to Miami, has now lost out to be the starter there. Watch him transfer again. He is the Justin Bieber of college football! In total, this off season, there were several hundred players in this mythical transfer portal. 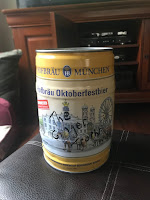 For someone doing something badass or just being a badass.

Off season Ginger goes to my good friend John Wintersteen who left this earth on July 27th of this year. John was an avid follower of this blog and a big college football fan. John was a Marine who during the height of the Iraq war started a non-profit called Project marine Care. His organization sent thousands of care packages to our men and women serving our great country on foreign soil. The responses and letters he received was so telling as to how much his efforts were appreciated. John was one of the most selfless individuals I have ever met, and he will be missed dearly. John you simply were a hero and badass in your life and you touched all who knew you. Semper Fi Marine!