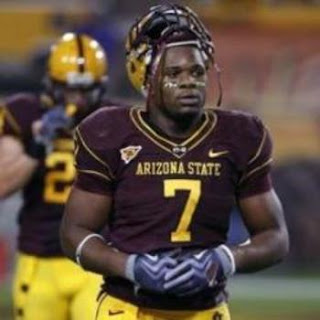 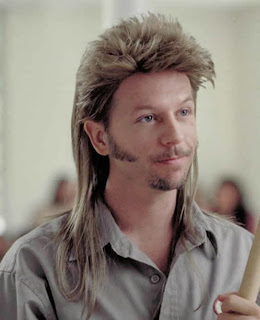 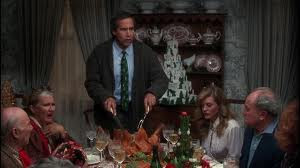 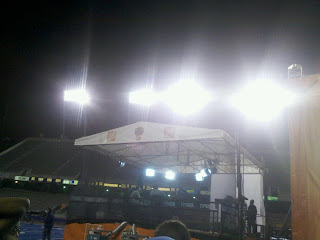 First off, I do write this blog weekly because of my love for college football/tailgating and like to share my thoughts/rants with fellow enthusiasts and the curious. But those of you who know me well know that my altruism has definitive limits and I am purely a capitalist. With that, Google reminded me last week that I have a check coming from the mere action of my readers clicking on that little green advertising box on the left side of this blog..So the more you click the closer I get to retirement. My first royalty check is for $11.42, so I am closing in on living the dream. Keep those clicks going!

Now for the important stuff, the weekend lived up to its billing with a number of great matchups. But first let me start with Dan’s tailgate. I awoke at 5:30 AM to a series of text and pics from my lovely daughter Rachel who had been in line since 1:30 AM waiting to be one of the first 400 people admitted into ESPN’s College Gameday with a spot right behind the fab 4. (See picture above, bottom left) sure enough I saw her somewhat smiling/tired face live on TV at around 6:29 AM on the ESPNU Gameday fan cams. I could not be prouder of her if she graduated as the valedictorian of her class. All told, 15,000 Bronco faithful showed up for ESPN Gameday. Way to represent!

The rest of my Tailgating family hosted a few close friends over for an evening of watching the Boise State/OSU game outside on 2 screens while witnessing me attempt to drain the tapper full of Trumer’s pilsner using the excuse of grilling making me thirsty. I almost succeeded. The highpoint of the night was watching all of my polite guests chew on perhaps the worst piece of longhorn I have ever purchased, cooked and tasted. The sounds of squirrels gnawing on unripe acorns with the occasional napkins full of gristle being tucked under the chairs is what came to mind. I was half expecting Clark Griswold to appear and say “ Katherine, if this steak tastes half good as it looks , then we are all in for a big treat!”. (picture enclosed above, bottom right) . I don’t think Andrew Zimmerman would force that one down but it came down to do I buy the good ribeyes for $100 or this gouloash meat for $20 at Safeway. Damn economy! Nonetheless another successful backyard tailgate with the Broncos beating a solid OSU squad. More on the outcome later in my gripe of the week. Oh and thank you to my neighbor’s son Danny for not stealing the Boise flag this weekend.

Around the country – The Big 10 went 10 – 1 against the Little 10 on Saturday. Way to schedule such intriguing match-ups with the average point spread of 27 points. You wonder why the rest of the nation does not garner you the respect you seek. Your fans are some of the best in the country, however your AD’s and league officials need to cut this crap out. Go play some good teams in your pre league schedule more regularly. Minnesota, you better hope Favre and the boys provide you some excitement this year because your Gophers are exactly what Carl Spackler so eloquently said 30 years ago on the grounds of Bushwood Country club “Gophers are a menace to society”. Denard you are still the most exciting player in D-1. Hope to see you back on the pitch next weekend. After taking a shot at the SEC last week I am eating a little humble pie as there were several great performances this weekend in the south. In one of the most exciting games of the weekend it came down to Ryan Mallet of Mullettville, AR (See picture of Arkansas fan above, top left) throwing 3 picks to the mighty Tide D that was the difference maker. My fellow Tailgater Dr. Alabama Al suffered some Urban Meyer like chest pains during that game. Urban, you may breathe easier this week your wheels are back on the bus. To my Cajun pals from the Bayou, my apologies, you beat a good Mountaineer team in my favorite venue “Death Valley” at night. Upset of the week, no brainer, the fighting Neuheisels’s of UCLA bagging themselves some Steer in Austin. Tailgating Tony of the yard (Brother Blogger and tailgating aficionado) has some pics from the event taken discreetly as he was wearing blue and gold. This does not bode well for the big red River Rivalry (Say that 5 times fast after a couple of gallons of pilsner) next week. Nor did OU earn any “Style points” (I hate that term too) with a squeaker over Cincy. My brother “Radio” attended the Rutgers Carolina game and was escorted off the premises for putting his binos on the cheerleader squad for 3 quarters. Did anyone see my favorite roid induced player Vontaze Burfect in the ASU loss to Oregon? He was a cross between Adam Sandler in Anger Management and an Italian soccer player being carted off the field repeatedly. Lots of drama. He did however, achieve Burfection (picture above, top right). U of A pulled one out in the last seconds against cal in a game that Vegas was dying over with the Under being so far under the line. Notre Dame’s performance does not even rate any mention this week. The mighty Black Nights from West Point are 3 -1 and on pace for their first Bowl game in years. I don’t have anything special to say about my boy Lame Kiffin this week since SUC took care of bidness in the Paloos against the mighty Cougs.

Gripe of the week – Okay Musberger, you had a chance to redeem your anti Boise self after your pathetic performance towards the end of the Boise/VA Tech game. If anyone was still listening to your dementia riddled drivel late in the 4th quarter here is what you said: (Mind you Huckleberry Hound face, Boise was putting the finishing touches on a 13 point win over a ranked opponent) “Should Boise now slip in the polls, TCU will be there to take their spot”. Are you kidding me? And let’s see, no disrespect to TCU, but struggling against the SMU stangs on Friday night does not allow you a pass to move one space forward. Brent, do yourself a favor get out of the announcing gig, stuff the Mic down your pie hole and choke on it! You are as bad as the liberal press cheering on congress’s every failed move. You are simply an uniformed idiot. If a team is good, they are good. And Boise has proved every year that they can play with the Big Boys. You and Mel Brooks are trying your best to keep them from competing for the BCS Ship. Let the season play out and we’ll decide in December. I hope they put some special sauce on your burger at Bourdanay’s restaurant in Boise. We know people there. :)

Here is the Tailgate agenda the next three weekends: will be in the Yard next Saturday, At Boise State October 9 for the Toledo game, then at San Jose State on October 16 for the annual Men of Laurelglen Tailgate party. It looks like we have a pretty good crew for it this year. Looking forward to another great weekend of CFB! Remember Tailgating is a state of mind more than a physical event!

Posted by Dan From the Tailgate at 5:42 PM